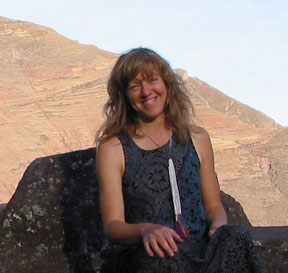 Zoologist Anita Cramm enjoyed an illustrious career in prominent zoos across the United States. After many years as an animal keeper, she began her tenure at Lincoln Park Zoo as Assistant Curator of Birds and Children’s Zoo Manager. She quickly established her expertise with the bird collection leading highly respected curator of birds, Kevin Bell, to promote her to curator when he assumed position as Zoo Director. When Ms. Cramm left Lincoln Park her legacy included laying the groundwork for the endowed Brooks McCormick Curator of Birds position and elevating the success and professionalism of the bird department to a new height.

Cramm continued her conservation and animal collection work at The Phoenix Zoo. Within a short time she held the role of Team Leader for the Living Collections Department as she further developed her work at local, national and international levels.

Her rich zoo background took her to South America where she had a rare opportunity to meet traditional healers in the high Peruvian Andes. She was impressed with the native peoples view of animals and how they looked toward their characteristics to guide them in how to live their lives. Anita’s zoo observations revealed these same characteristics. This motivated her to explore the bridge between science and the shamanic traditions – something she would not have understood before. She then immersed herself in the natural healing arts and Colibri took flight.

She observed things in her daily interactions with animals that did not fit the science models and could not be explained by formulas. Ms. Cramm noted that there was something else at play here that could not be seen with the naked eye –but could be directed by the mind’s eye.

Life experiences and cultural studies revealed that the true creative scientist is courageous enough to step outside of learned formulas to discover that which is not yet known and that which exists outside of time and space. Ms. Cramm believes that only then can one become the beholder of a richer world of alternate realms. It is here that anything is possible and the seemingly impossible begins to manifest in the literal world.